DRD081: This issue starts and ends with turning points. 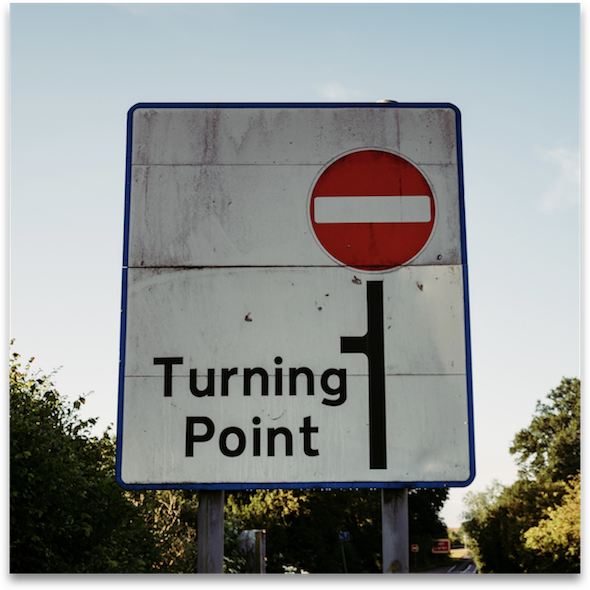 I saw this tweet from Nick Lockwood and suddenly I was plunged back 15 years. Java. I was working with Java. I’d been working with Java for over eight years, from the very early days of AWT apps embedded in the web, through the Swing desktop apps, and then back to web development with Servlets and Tomcat, enterprise development with EJB’s and Application Containers like WebLogic & JBoss. And then Struts. And then Hibernate.

XML. So much XML. I was SICK to death of XML configuration. I spent three days just setting up configuration files on what was to be my last Java project, before we even wrote one line of actual working code. I was sick of development. I was going to quit being a developer. Go find something else that was fun to do. Because I hated what I was doing.

Then I found Ruby (and Rails) and suddenly development was fun again.

I went through a mini version of this whole process again when I tried out mobile app development. I was familiar with Objective-C, I’d used it in another desktop project, but it was so damn ugly and the code was basically unreadable. I hated it. I couldn’t actually get my app finished because I just hated looking at the code.

And then RubyMotion appeared and I got to do app development with Ruby and mobile development became fun.

I don’t think you should work on projects when you actually get NO enjoyment from them. If you don’t love what you’re working on, if you don’t love the work itself, maybe you need to look for a change. ― WNDXLori

It is always gratifying to see my work being employed in some way I could never have visualized. A great example of that is the MotionDynamicType gem which Yoshifumi Sato used in his Shuffle100 game. This gem was featured in Motion in Motion New Adventures Episode 1 which came out in January. I was really intrigued with this game, the gist of which is captured in this delightful little video. It makes me want to give it a try (although my knees and back would dictate it being played at a table as opposed to on the floor).

Speaking of which, Motion in Motion New Adventures Episode 3 is released and out in the wild! If you thought you might want to contribute to a gem but were intimidated by the automated tests, you definitely don’t want to miss this episode: I walk you through setting up continuous integration builds on Travis CI with RubyMotion! Click here for a brief trailer:

Want more? You can get started for just $15. ― WNDXLori

What with all the recent fuss about The Queen’s Gambit it shouldn’t come as any great surprise that at least one of the 7DRL Challenge’s entries features a chess theme: that would be 7drl_Chess by The Dark Magi. It’s not full-blown chess but it’s a Roguelike where you must follow chess rules as you move the pieces. By the way, if you want to get in on the 7DRL we’re afraid it’s a bit too late. But there is always next year. For now, checkout the 251 entries they received and be inspired for your 2022 magnum opus.

Oh, yes, and for those of you who can’t fathom why a show about chess would be of any interest to anybody, The Queen’s Gambit is actually pretty good!

Also in this issue’s Spotlight: have you heard of tweetcarts? We hadn’t. But as succinctly explained in one of Grotesk’s recent tweets a tweetcart is “a small program written in 280 characters or less, usually made with Pico-8”. Huh. Who knew. But Grotesk takes it one step further in his tweet and rhetorically asks whether this “[i]s the world’s first tweetcart made with the DragonRuby Game Toolkit”. Well as far as we know it is…congratulations! It’s an intriguing idea―very much a case of where less is more. It kind of has to be, with so little code real estate with which to work.

In seeking the assistance of the DragonRuby Discord to help with his DRGTK tweetcart project, Grotesk triggered some further discussion on the subject, which includes some interesting additional examples. As usual, we’re in awe of what creative minds can squeeze out of code which is a couple of hundred characters. Back in the bad old days, we were told to include title blocks that had ten times as many characters as that.

Meanwhile, over on the Dragon Riders Slack, there is some further discussion of problems with macOS app builds on the new Apple M1-based hardware.

Pop quiz: without peeking, anybody out there know what a quaternion is? Here are a couple of hints: 1) it was first described in 1843 and, 2) it has a lot to do with game programming. A warning, though: the Discord chat on the subject is pretty high brow so you had better start dusting off those math skills if you intend to participate.

Also, you gotta love a library that starts off with “you shouldn’t really use this”. Well thanks for letting us know! Seriously, though, what the author is really trying to say is that the DRGTK is “not designed for 3D” but there is still a benefit to using it as an educational tool for learning about 3D in general. Cool. Cooler still is the 3D(-ish) rendering of a multi-rotor drone in the example. It all makes k3d worth a look.

Just as we were impressed as to what can be accomplished in a couple of hundred characters of code, we are equally impressed as to what can be accomplished by the truly motivated in just 24 hours as was recently the case in the WhatTheHack event. Alex Silver and his team came up with a way of controlling your slide deck with hand gestures. Very Close Encounters of the Third Kind.

And we’re throwing in a little bonus item about choosing a system font from Greg Pierce. Thanks Greg!

You’ll forgive us, we hope, if we always assumed that augmented reality (AR) was primarily a visually-oriented technology. That’s not the case. Seeing AI 4.0 enables a spatial understanding of an unfamiliar place for the visually impaired. Yep, you hear the name of the object as you point your iPhone at it. What’s more, the use of stereo sound will make the sound appear to be coming from the direction of the object itself. Quite brilliant, we think.

While not quite in the same league as Seeing AI, we still agree with Graham Lee that if these hacks used to move data between the UI and the command line were ever to disappear, we would be very sad, too.

We didn’t think testing could be funny, but… (image: Programmer Humor) 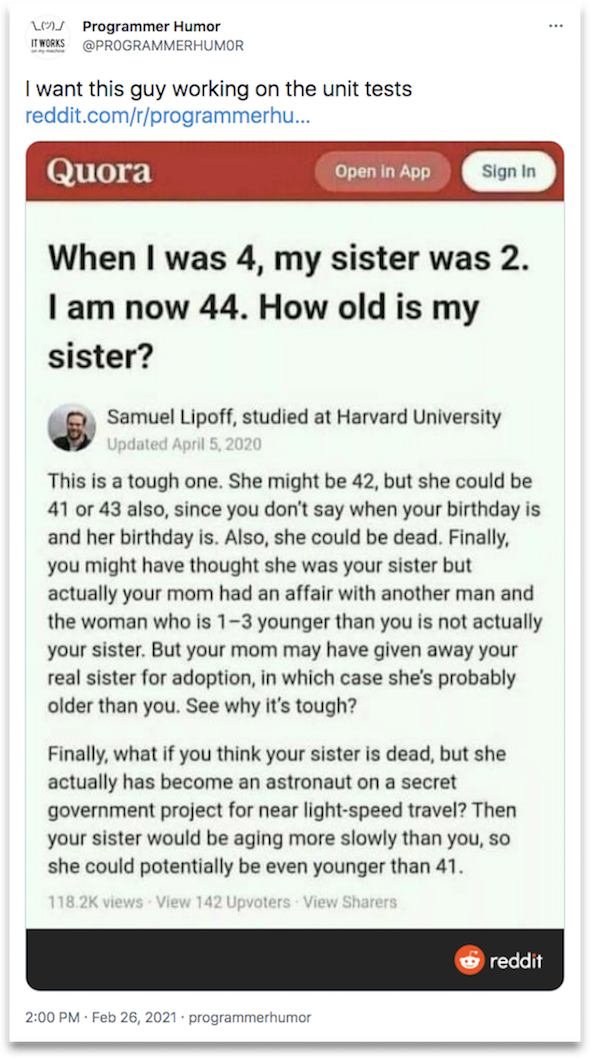 “The turning point in the life of those who succeed usually comes at the moment of some crisis.” ― Napoleon Hill