DRD080: Comparison is invidious. No, we didn't know, either, but now we do know we couldn't agree more. 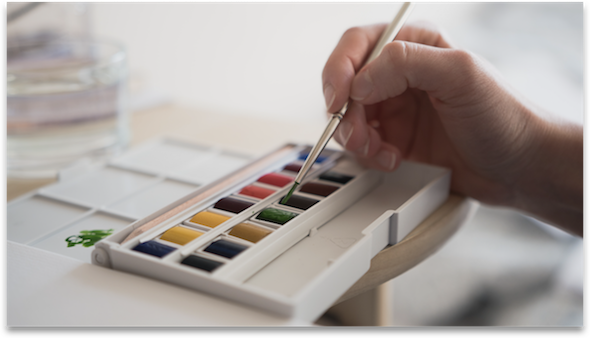 Not a rant this week. I know, it surprised me too!

I saw this tweet and remembered from advice I received from my art teacher in high school. As a kid, I always kinda thought I’d be an artist one day. Even though, as I got older, and I felt the pressure to pick a career where I wouldn’t be a ‘starving artist’, I really enjoyed drawing and creating art. Then, I encountered Teri (name changed to protect the innocent here!) in art class in high school. She was a brilliant artist and painter, and her watercolour paintings†️ were SO incredible that I just about gave up art completely, thinking…she’s so much better, I can’t possibly compete with that. 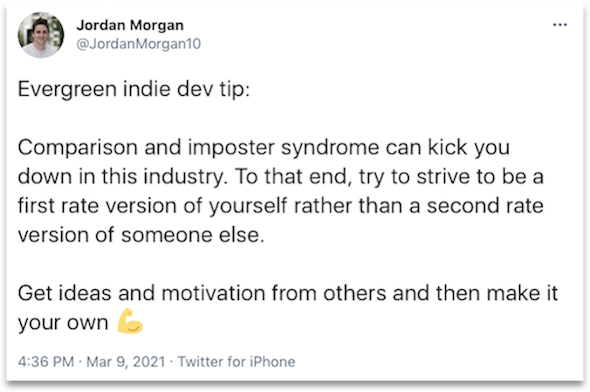 My art teacher, Bob (I’ll use his first name, since we ARE Facebook friends and all now :-)) said to me, “comparison is invidious”. And by that he meant inherently unfair. And it is unfair to compare your own efforts and experiences, when developing a skill, to others’ efforts. You need to compare YOU to YOURSELF. Compare you NOW to you last week, or last month or last year. And if you are not improving, then go ahead and judge yourself. But, make it a fair comparison. Thanks to Bob, I did continue art class, and I did create stuff that I was proud of‡.

Don’t judge your apps, or your designs based on comparison to other people’s apps and designs. Use others as inspiration or motivation, and then proceed with your own vision, and make it real! ― WNDXLori

†️I have an oil painting of Teri’s in my living room. She painted a picture of one of my beloved dogs, after she died, and gave to me. Yup, we became very good friends.

‡️No, I didn’t become an artist. I kind of liked architecture, but couldn’t quite commit to a profession that required at least seven years of higher education to achieve. Teri, OTOH, DID end up an architect!

For this issue I’m turning this section over to my friends at Lethbridge College for news which is really worthy of your attention:

“We are very excited to announce that our Virtual and Augmented Reality Certificate program will be available anywhere in the world starting September 2021. Students will learn to create compelling assets and highly immersive experiences. Students and recent grads in our program work hands―on on industry projects including agriculture education, social VR event development, natural history experiences, healthcare training and more. This intensive, one year program will set students up with the skills, industry connections and ability to take reality to the next level.”

Back in DRD073 we introduced Dan Healy’s Zif framework as “this crazy productive little framework for getting your 2D game on”. The big news on this front is that version 2.0 is already available. Dan has used it as an opportunity to reorganize his code base. It’s nice to see this happen at this point as opposed to later in the lifecycle when the codebase which depends on it has already grown significantly. As Dan says, there are “many breaking changes” so if you got on the Zif bandwagon early, you’ll likely want to do the upgrade sooner rather than later.

One of the positive side effects of all this forced isolation over the past year is the near explosion of video content on the web. It seems everybody is producing something which, predictably, means all that competition is producing an arms race towards higher quality production values. After all, who ever thought the pop filter and the ring light would be the de rigueur accessories for the heretofore Zoom-phobic?

In any event, one of the hallmarks of the newbie is the awkward silences and pauses in your video content. Up until now, there was no way to get rid of those artifacts other than simple hard work in the editing suite. (You do have one of those, right?) Well, there’s great news for those who abhor the endless ‘click-click-trim’ operations: Dave Ceddia just announced Recut. You guessed it―you run your video content through it and it removes all that dead air for you. Comes complete with exports to all popular video editing tools. Brilliant, Dan. Simply brilliant.

We have just one question: any plans for a version which will remove the relentless ummms and ahhhhs in audio content? We’d pay serious money to never have to clip one of those out again, either.

Lest we forget that behind every great 2D or 3D game is a lot of mathematics. Specifically, vector calculations and for those who blew off Physics and Math class in high school (“when am I ever going to need that crap!”) there’s LittleB0xes/Vector. Yep, it does all the vector math so you don’t have to. That doesn’t make it right to have blown off Physics and Math, but it does give you a fighting chance against those who didn’t.

In the latest episode of our tragic miniseries entitled Why The Hell Didn’t We Think of That! (now on Netflix?) a couple of the creative minds (of which Lethbridge, Alberta has many) have come up with a way for you to get paid for your expertise. That’s a very good thing. Make way for Neuwly Live. The local TV station also did a bit on it which further explains exactly how it works.

Finally, we can get paid for our encyclopaedic knowledge of the excruciating minutia of each of the 180 Seinfeld episodes. It’s our hidden superpower.

Imagine for a moment that there is a ‘black box’ to which you can direct any coding question, only to have it promptly respond with exactly the right answer in a matter of minutes. Turns out you don’t have to imagine it―it already exists and it’s called the DragonRuby Discord. Check out the answer to the question “I just need to figure out a fast routine in Ruby to convert those big numbers into more familiar 0-255 numbers and back” which was asked recently.

Over on the other DragonRuby chat channel (AKA the Dragon Riders Slack) yet another reminder that Apple won’t hesitate to throw its weight around as it sees fit. Specifically if you use either Google or Facebook auth in your app, you are now mandated to include Apple auth now too! Fortunately there is also a repo to help with that, using Firebase as an example.

So who still thinks Apple isn’t some sort of de facto monopoly?

Stop and think for a moment about the mobile device (yes, the one you’re likely fiddling with as you read this) and count up the number of devices and/or contrivances it has replaced. Phone? Sure. Camera, yeah that too. Tape measure, EKG machine, stop watch, pedometer…well the list likely goes on and on…and on. But does that list include scanner? Yep, it’s one of those, too. Check out this tweet from Mark Novak which contains a 29 second tutorial.

The second cool thing we learned about this week is this clever UI from World Time Buddy. It’s the best one we have seen so far for visualizing the multi-timezone calls. Not earth-shattering, we’ll admit, but pretty darn cool. And handy. 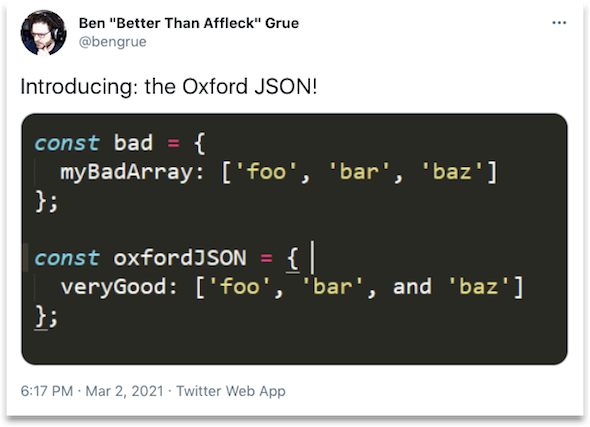 “He was always jumping on the newest things and new media. He would be creating art on computers now. That’s where he’d go.” ― Yoko Ono on John Lennon