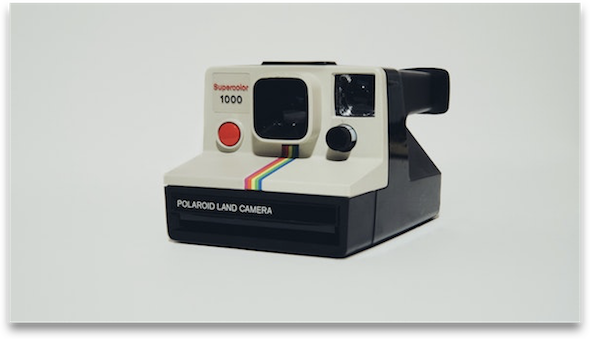 Well, we finally did it. DragonRuby Dispatch achieved a goal we’ve been striving toward, it seems, forever. It’s been a tough slog these last few months as we approached and then retreated from that 1000 subscriber barrier. But we didn’t just sneak through. Nope, we smashed that barrier with a grand total of 1091 subscribers this week!

Welcome to all you new subscribers, most of whom I know arrived here from the DragonRuby Game Toolkit Pro offer (PS, congrats on getting to the front page of HackerNews, Amir!). I hope you enjoy the Newsletter, because we (editor Terry and I) put a lot of effort into curating all the DragonRuby and RubyMotion news, in addition to writing up interesting takes on app and game development. And we just LOVE featuring games and apps and libraries created by YOU, our readers!

I hope you all stick with us as we continue to grow this welcoming community! ― WNDXLori

So what has Lori been doing lately? Along with the newsletter, and the monthly Motion In Motion episodes, she’s been delivering a live webinar edition of 6 Pack Apps (Entrepreneur Edition) for the Women Entrepreneurs in STEM program. 23 budding app creators signed up for this course. And WESTEM has already requested a repeat in the fall for a new cohort!

That’s 23 people, all looking to create an app, and looking for a developer to build that app for them. Just in the local region where Lori lives. These are business people, not developers. And you know what? Most of these people don’t give a hoot what language you use to build their apps, they just want someone to help them get it launched!

Over the next couple of weeks, Lori’s putting the final touches on the online edition of 6 Pack Apps (Developer Edition). Graduates of this program (after a certification process) will become part of the pool of developers that Lori recommends to these entrepreneurs. Interested? Stay tuned…

Alamofire’s AFNetworking has been around since 2011 and has grown to be the go-to networking library for a large swath of iOS, macOS, watchOS and tvOS developers. One of the best things that happened a while back was afmotion which wraps AFNetworking for RubyMotion developers. Small glitch: afmotion hadn’t been updated for, well, forever. That is until now! Actually, we somehow missed it back in January, but afmotion 3.0 is out.

The other item in the Spotlight this issue is yet another twist on the beloved Flappy Bird franchise: Flappy Coin Collector. If that alone doesn’t send your pulse racing, the DRGTK source is included!

We’re still holding out for Flappy Bird: The Series on Netflix but also appreciate that’s probably a ways off. Then again, they’re reputed to greenlight pretty much anyone who can fog a mirror, so you never know.

Our friend Amir and the gang over at RubyMotion are having a non-stop, 24 hours-a-day, seven-days-a-week DRGTK RELEASE-A-PALOOZA. In what seemed like an incredibly short period there was discussion on Discord of no less than three: 2.1, 2.8 and 2.9. We’re in utter awe of Amir’s ability to keep all this straight in his head. Then again, we struggle to remember a four item grocery list, so we may not be the best judges of other’s mental alacrity. But he sure seems pretty sharp.

The next item is one of those bad news/good news type deals. Bad news: the price of DRGTK pro is going up “very soon”. The good news for an unpredictably limited time you can still get it a less than half of the new price. More details on Discord, as well.

While it may seem like this issue is “all Amir all the time” (which it kinda is), we have yet another item from this prodigious mind: a gist covering “winding number collision detection”. Yep, if you’re like us yet another stumper. But it turns out it’s actually quite simple: determining if a point is within a polygon. Even we know how important that is in game development.

While it may be a bit late for you to enter this time, you may be impressed by this entry in the 1Bit Jam. The entertainment-per-bit ratio is absolutely through the roof.

Although we have our own #TWIL section of which we’re pretty proud (see below), we’re not so proud so as to not acknowledge game, set and match to Jesse Squire’s TIL macOS. Turns out if you poke around a bit, to mix a metaphor, it’s just the tip of the proverbial iceberg.

Moving right along, HomePaper is a fantastic new utility by Aaron Pearce that lets you create wallpapers for the Home app using gradients + photos of your home. See what he did there? Genius idea, super easy to use. Here’s a review by John Voorhees.

LATE BREAKING: This came a split second before deadline so no pithy write up: but it was important enough to squeeze it in: RubyMotion 7.17 is released!

A twofer: the first from a tweet by Stefano Magni where he explained that git commit -m -m (that is passing multiple ‘-m’ options) creates paragraphs in the message.

The other is to clean up your dev cache! To do this: Apple menu > About This Mac > Storage and you’ll see the coloured storage map has a new section called Developer. Full credit for that mini tutorial goes to Paris Xavier Pinkney via a recent tweet.

Given how true it is, a bronze plaque you screw to a wall seems appropriate. (via Kenn White and Jeff Atwood) 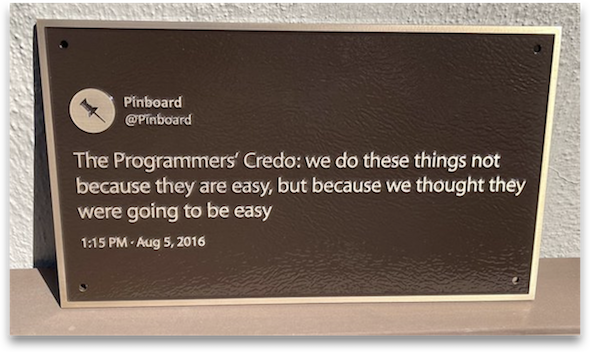 “Don’t undertake a project unless it is manifestly important and nearly impossible.” ― Edwin Land, inventor and co-founder of Polaroid.