DRD073: It's our second anniversary and we're celebrating! 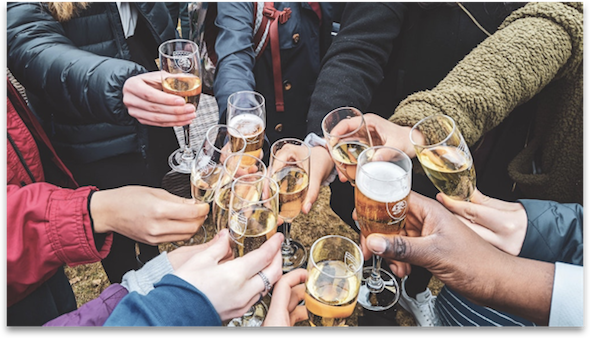 Today, as I was getting set up to write the OPED, two things popped up on my radar, and I couldn’t decide which one to do. So, hey, it’s my newsletter why don’t I talk about both!

First up: I have to admit I have a problem. An addiction. And that addiction is design elements: app templates, stock images and vectors, colours and colour palettes, fonts, music―just about anything having to deal with design and I’ll collect it. And if it’s free or cheap I download it and I have it on my computer. Some day, I’m going to have to create an app just to keep track of it all, because most of the time when I want to use these elements, I can’t FIND THEM.

What brought this top-of-mind was that DepositPhotos.com (which has a lot more stuff than just photos) announced that they have royalty free music clips now. That sounded great but it reminded me that you want to make sure when you use some of these design elements that you always check the license. Not all of these elements are really “free to use”. This is especially true of things like music or fonts, because not all of these free elements come with a commercial license that is compatible with use in an app. In fact, many of the paid elements don’t even come with a commercial license that allows you to use them in an app. I discovered this the hard way, when creating my first app, and I included a font that I really liked. It was “free” for use on the web, but…

App Use Licenses are shockingly expensive (as in hundreds, sometimes thousands of dollars as exemplified by this ASCAP license) so don’t get really attached to any design element for your app before you check out it’s license limitations.

After that warning, I thought I would point out a really cool font that I discovered a few weeks ago that does have a compatible license. It’s called Soapy Hands and it kind of looks like a freehand font. I think it’s beautiful and it comes with a license that is free! While you can in fact use it for free, if you like stuff like this, and the creator says, “hey, if you like this it would be nice if you paid me”…so you should probably pay them a few bucks too.

OK, how about that second item? We have now been officially publishing a newsletter about all things RubyMotion and DragonRuby for two years! Our first issue was December 6, 2018. Having reached a second anniversary is pretty amazing for me, because when I started I had no idea if I was even capable of writing a newsletter much less doing it consistently. I could not have done it without our intrepid editor, Terence Gannon (who, BTW, is also editor of Cooperpress’s React Status newsletter!) I am extremely happy to say that together we have reached the second anniversary and we’re still going strong. I hope all of you have enjoyed the ride and that you’ll stick with us in 2021! ― WNDXLori

Tell your friends about DragonRuby Game Toolkit (and the WNDX School free tutorial, of course). Get your coworkers excited about building apps (with RubyMotion Jumpstart). Everyone on the subscriber list or registered in one of those two courses will be entered into our Can’t Wait for 2021 prize draw. We’ll be announcing the prizes in our next newsletter, as well as ways to qualify for BONUS entries.

We’re kicking this issue off with something so good we’re featuring it in two sections: it’s this crazy productive little framework for getting your 2D game on. Zif by Dan Healey pretty much covers all the features you’re going to need for that million download masterpiece you have kept putting off ‘til the time was right or some better tools came along. We think you’ll agree that your last excuse just evaporated because the better tools ― y’know ― just came along.

Oh, right, and here’s one of those great stocking stuffers ― the kind you find right down at the toe on Boxing Day ― Amar and the gang have gotten off the pot and pulled together some comprehensive DRGTK documentation. Christmas comes but once a year!

Regardless of what you think about its recent acquisition by Salesforce, Slack is going to be around for a while yet. Given that, you really want to give the Dragon Riders’ Slack team a try. That’s the thing which used to be called the Motioneers. Not a week goes by that there isn’t some tasty nugget in there worth the price of admission alone. For example, having trouble with unsigned third parties libraries? There’s a fix for that.

A couple of issues ago in this section we featured Yacine Rezgui’s excellent article entitled Modern User Storage on Android. In what is a natural follow on to that, Vlad Sonkin provides Three Practical Steps to Master Android DataStore. It’s what you need to know to get off SharedPreferences and onto what has been mandated as Android’s new way of storing data.

In a rare concession by the App Store, Apple recently announced the App Store Small Business Program which reduces commissions to ‘just’ 15 percent. The only catch is that you can only be earning less than $1 million dollars a year. A pretty easy bar to clear in the age of COVID. Actually, there is another catch: there’s effectively a deadline. And it’s looming. Thanks to Becky Hansmeyer’s recent tweet which reminded us about that and explains what exactly is going on.

Our AHTW this issue is Tiny TTY by Mauro Otonelli. It really is a unique concept! It comes to us by way of the LOWREZJAM 2020 which is just about the wrap up (maybe wrapped up by the time you read this).

Also, a couple of issues ago we got the word out about the The TeenyTiny DragonRuby MiniGameJam. It’s still open to voting. Go play the games and vote as soon as you can!

How often does something come along that you end up using every day. Not that often, we’re willing to bet, but according to Darin Wilson that’s exactly what he does with this great tip he picked up from Coraline Ada Ehmke. It automatically “opens the GitHub page of your current project”. Brilliant.

Video via the coding love(). 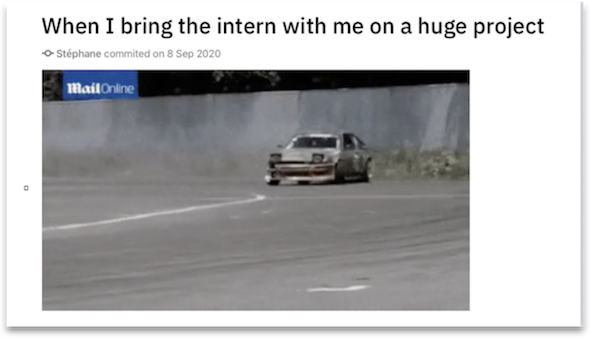 “An optimist stays up until midnight to see the new year in. A pessimist stays up to make sure the old year leaves.” – Bill Vaughan