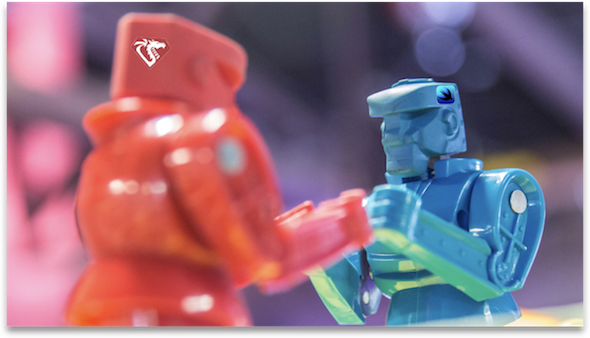 So last issue’s experiment with talking about two things in the OPED kind of worked for me so let’s continue that. Today I’d like to talk about solving problems.

As Nate Ebel recently said on Twitter: “Solving problems, with any tool, is more important than how ‘modern’ you are”.

I read this tweet and it really stuck with me. You see most business owners that want apps built for them aren’t technically savvy. I mean, of course you’ll encounter the odd technical person who reads up on all things techie, and they’ll want their app built in the latest, coolest React Native. And then you’ll find the people who have all the Apple things, and read all the Apple News, and they’ll want their app created with SwiftUI (even though most early adopters say DON’T).

But most business owners (like 98%) just aren’t that technical. Believe me I know. I’ve been involved in numerous business groups, as I try to build out my school as a reasonably profitable business, and 98% of the people I encounter are business owners who have NO idea about technology. They just have problems that they think can be solved with apps and they want these problems solved and they would really prefer to pay someone to solve those problems for them. So don’t get wrapped up in any pre-conceived ideas about what technology some future client might want you to use. If you are a Ruby developer and you use RubyMotion to write mobile apps, then fine! Get out there and solve those business owners problems with RubyMotion!

My second thing this week is…I got a new toy. I bought myself a new Apple Watch for Christmas. My current Apple Watch was an Apple Watch Series 3. and I got it when the Series 3 was first introduced so it’s getting a little long in the tooth, and I’ve been looking at the new Series 6 and thinking that I would LOVE some of those features. Like sleep tracking. I haven’t been sleeping very well lately and I want to find out just how much sleep (or how little sleep) I’m getting I’m also interested in trying out Fitness+ and tracking my cardio fitness levels. I think it’ll be a great way to make sure I’m staying healthy.

Another thing that I’m interested in is combining some Health data. For example, I use an app called LoseIt to track what I’m eating and I would love to see if there is some way of taking that data (what I’m eating) and combining it with my sleep tracking and seeing if there’s anything that I eat that might be affecting how I sleep. Anyway, I’ll keep you posted on my adventures with my new Apple Watch.

I hope you have as great a holiday season as you can this year. And I look forward to talking to you all next year! ― WNDXLori

Tell your friends about DragonRuby Game Toolkit (and the WNDX School free tutorial, of course). Get your coworkers excited about building apps (with RubyMotion Jumpstart. Everyone on the subscriber list or registered in one of those two courses will be entered into our Can’t Wait for 2021 prize draw with a prize of free enrolment in the brand new improved Motion in Motion course launching in January and featuring brand new content each month.

But because 2020 was such as crappy year and everybody needs a bit of cheering up at the moment (including me) here’s an added bonus: if I hit the 2021 total, I’ll draw not one but five enrolments for Motion in Motion.

We have a real privacy-related cornucopia for you so that’s the lead this issue:

First, if they had actually wanted them to decamp for an abandoned offshore oil platform in international waters, the FTC could likely not have come up with a better strategy. They recently asked Amazon, Facebook, YouTube and others to share how they track and use personal data. That’s laudable, FTC, but we predict a lot of lawyers getting rich fighting that tooth-and-nail.

In a development that mostly made us chuckle, Facebook-owned WhatsApp thinks privacy labels to which they are being subjected should also apply to Apple’s iMessage as well. Nice try, Zuck. I’m sure Tim Apple will get back to you on that just as soon when he’s back from his jackalope hunt and catching up on his missing episodes of Leave It To Beaver.

Moving right along, this must have stuck in Google’s craw something fierce: their mobile advertising platform AdMob recently sent out a notice advising users will need to prepare for the App Store data disclosure requirements. By default, I guess they’re admitting the App Store actually exists?

And finally, in an interesting alliance of interests both Apple and Google have notified developers they have to summarily punt X-Mode or ‘lose access to their operating systems’. Yikes. We first became aware of this through a tweet from Joseph Cox. If half of what we have subsequently read is true, X-Mode’s behaviour is appalling and no wonder they’ve been sentenced to walk the plank.

Those are some examples of what makes us think that the privacy landscape is really changing. Finally.

Sometimes it seems like all the DragonRuby chat is over on Discord but let’s not forget another great resource for DragonRuby-ista: that is the Dragon Riders Slack. There’s a ton of great stuff on there, too. For example, if you have ever wanted to run just one spec (ie. test) in RSpec, there’s a fix for that.

While we’re on the subject of two, seemingly competing chats available to DragonRuby developers, we have it figured this way: if your interest is primarily game development then Discord is likely where you want to spend your time. Anything outside that domain you will likely find Slack a little more to your liking. It’s not a perfect science but for those those who are severely time-constrained (or maybe just chat averse) hopefully this helps focus things a little.

Sometimes something comes along which looks so intoxicatingly good we want to abandon all reason and all that we know and jump on the bandwagon before it leaves without us. You may feel that way about Jetpack. As they say, it’s intended to “help developers follow best practices, reduce boilerplate code, and write code that works consistently across Android versions and devices so that developers can focus on the code they care about”. Whoa, can you point us in the direction of the bandwagon boarding platform?

Not so fast. There are plenty of reasons you will want to learn Activities and Fragments as discussed recently in this recent thread on reddit. Think of it like high school French. No matter how much you might hate learning the grammar, it really is kind of important. OK, it’s not like that at all but we think you probably get the idea.

With the clock (finally!) ticking down on 2020 can you please forgive us if we have just plain run out of material for GOTW for this year? But here’s the thing: you may have your personal favourite that we’ve never mentioned. Maybe one of your New Year’s resolutions could be to let us know about and we’ll feature it in an upcoming issue.

That, and lose weight and get more exercise of course.

This doesn’t fit perfectly into this category, but we really love this type of video: John Sanchez’s 21 Minutes to Developing a Todo List iOS App with Ruby using RubyMotion, RedPotion, and Core Data complete with source code.

Now, everybody can spare 21 minutes, right?

This will of interest to the truly hard-core game devs out there: Sujay Vadlakonda has come up with DragonRubyAlgorithms which he describes as a “series of algorithms that demonstrate the purpose of the A* algorithm”. For those not familiar with the A* algorithm (we weren’t) it helps find the right path from one location to another taking into account both distance and travel time.

Have you even noticed when testing custom URL schemes with Safari you have to type them over and over and over again. We didn’t realize we were working way too hard. xcrun will do most of that for you. Our fingers thank you, Sarun W.

This would be hysterical if it weren’t actually true. Actually, it’s still hysterical, it’s just that maniacal, crazy-eyed kind of hysterical. Via xkcd 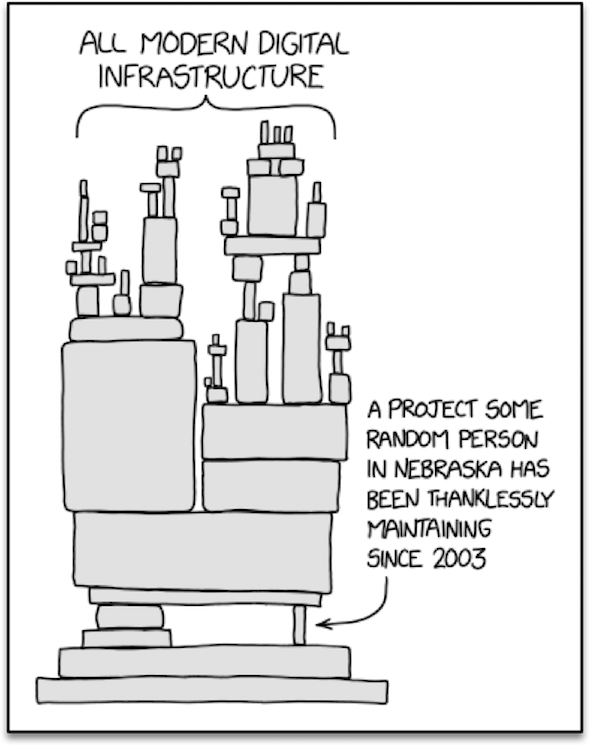 “I stopped believing in Santa Claus when I was six. Mother took me to see him in a department store and he asked for my autograph.” ― Shirley Temple