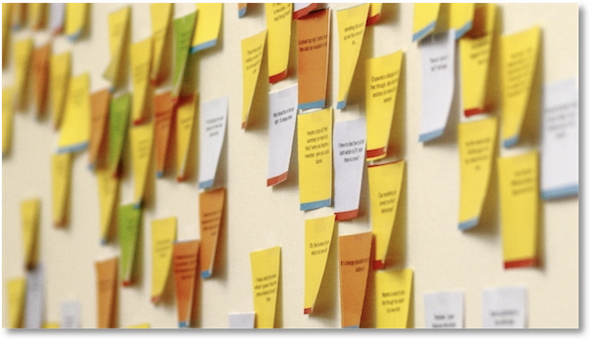 I found this link and it reminded me about documentation. This particular tweet thread talks about all the problems with AWS documentation. And, there are a lot. The fact is most of the time documentation written for technical products is problematic. It is almost always being written by people who know too much. There’s something called the ‘Curse of Knowledge’. There’s just no way to unknow things that you already know, and thus it is almost impossible to write documentation for beginners.

This month is also Hacktober—where people strive to create pull requests on GitHub and Gitlab, to get the official Hacktoberfest t-shirt and qualify for other prizes. A really effective way of contributing during Hacktoberfest is to work on documentation. Especially documentation for projects that you need to use but you don’t know a lot about. YOUR experience of using the product as a BEGINNER is so valuable. So don’t ever think you don’t have anything to contribute even when you’re a beginner. You do. 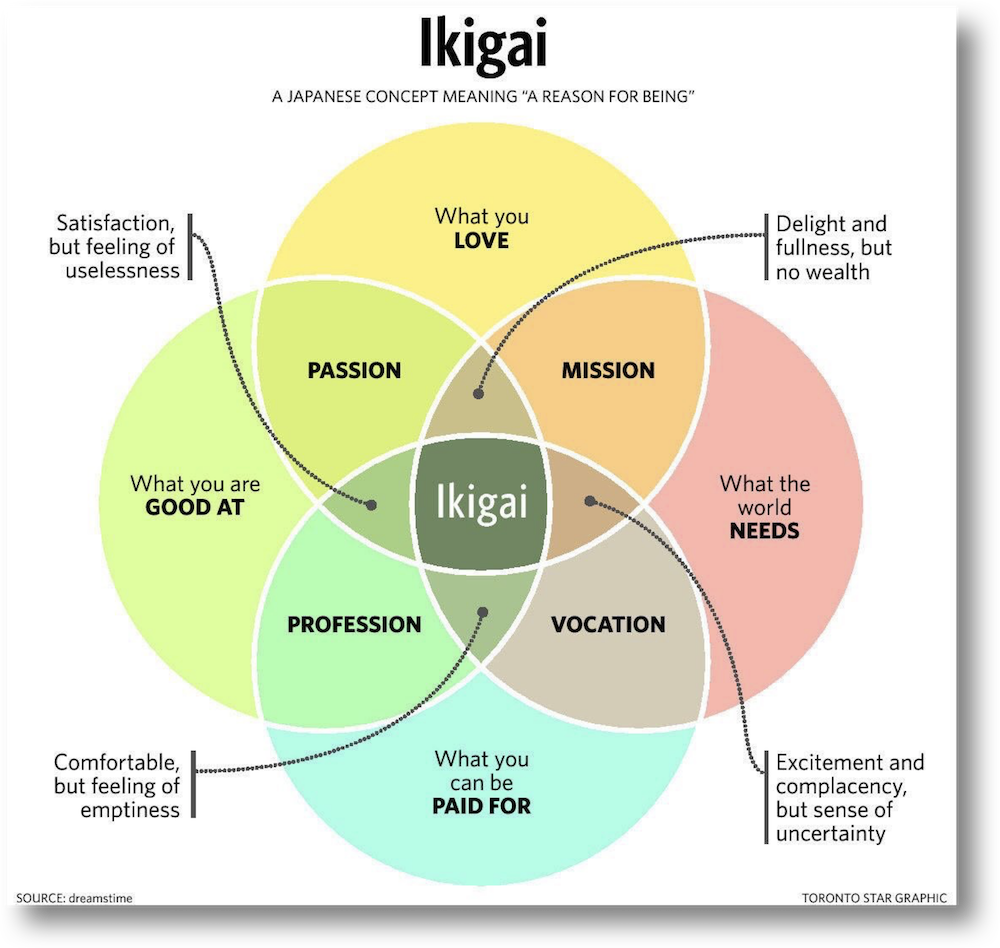 In my 6 Pack Apps course I have an exercise we do for Step 1 that helps people focus on creating effective app ideas. This exercise comes with some visuals I created that are basically a Venn diagram. This form of diagram and the process around using it is used by a lot of coaches to help people through various processes. I’ve seen many variations of this diagram over the years, and adapted it for use in my workshops. What I didn’t realize at the time, is that all these diagrams are inspired by the Japanese concept of ikigai, or “reason for being”. Conceptually it describes what motivates us at our core. And our best app ideas come from from that—the centre of the ikagai diagram where all the circles overlap.

Think about this BEFORE you embark on an app project. It will make a big difference in actually completing and launching it. If you’d like some help along the way, sign up to be informed when 6 Pack Apps is ready for enrollment.

Here’s a confluence of a couple of ideas that has the potential to save you some serious time. Well if not time, then the hassle of typing a password over and over and over again:

First, there is the sudo xcode-select which—long story short—enables switching between building with Xcode <version> and <version-beta> from the command line. If you didn’t know that, you’re welcome. But, wait, there’s more.

Once you start using sudo xcode-select, you’ll find yourself typing your password a bunch of times—enough times (like, say, more than twice) to be really annoying. Want to run sudo xcode-select without typing a password while not giving away the farm in terms of overall system security? There’s a fix for that, too.

Specifically, that’s the /etc/suodoers. Long story short—again—it enables you to specify which sudo commands can be run without the aid of a password. So, combine sudo xcode-select with the /etc/suodoers file and you’ll find it nets out to a much more efficient build workflow without all the annoying password typing.

Sound too good to be true? Actually, there are a few details of which you need to be aware to make all that happen. To that end, we were alerted by Chris Vasselli that there is an excellent tutorial on this subject. Thanks, Chris!

We have a couple of interesting tidbits this issue:

As usual, we have one selected item from each of the two major chat spaces related to DragonRuby:

A couple of issues back we talked a little bit about tweetcarts. They consist of all the code you can pack into a 280 character tweet. Here’s another cool one from our good friend Akzidenz-Grotesk. Almost the kind of thing Jackson Pollock would have produced if he had coded as opposed to dripping paint seemingly at random on his eventually-zillion-dollar canvases.

Of course, super-tiny code bases are a good excuse to remind everybody about the TeenyTiny DragonRuby MiniGameJam which AG has going at the moment. It’s not too late to dive in!

Way back in 1994 when they were first invented, there was a lot of excitement over QR codes and their ability to link the physical with the digital. Maybe it’s just us, but that initial enthusiasm seemed to wear off after a few years and they began to look like a great idea that never was. Our readable-from-the-truck-cab-sized QR code for petroleum well sites here in Alberta sank without a trace, for example.

However, more recently, and perhaps aided by the fact that most cameras in phones now read them without the need for a third-party app—it seems like they are showing up again in all sort of interesting places. While we haven’t quite plucked up the courage to have one tattooed on our necks (as some have actually done) we have spotted some interesting uses. This one, in particular, is simple and effective: a QR code on the meeting room sign to get you on the wifi.

And what about you? What cool new uses for QR codes have you spotted recently?

We never thought we’d have a reason to feature that annoying guy from late night TV pitching Flex Tape™. But here it is, courtesy of a tweet by @Kaydacode: 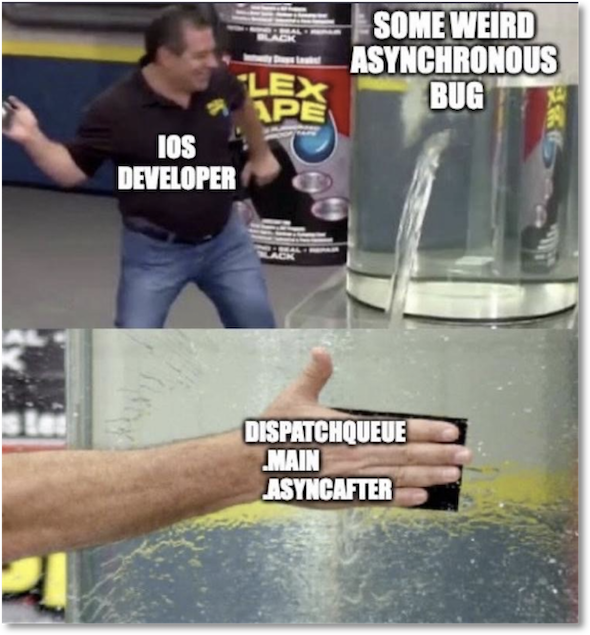 Now, if you’ll excuse us, we’re off to finish up our fishing dory made of nothing but chicken wire and spray-on Flex Seal™, just like that guy promised. If we’re not back in a week, please call the Coast Guard.

“Documentation is a love letter that you write to your future self.” — Damian Conway