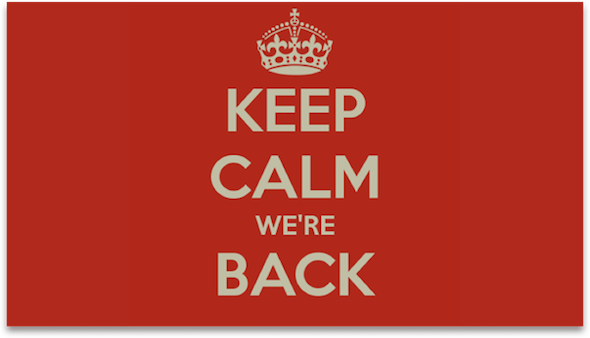 Hey folks it’s very nice to be back.

I have to say eye surgery recovery is not a fun process. The surgery itself is a piece of cake. No pain. You don’t even need a general anaesthetic.

However…recovering from that surgery is another thing. Recovering from surgery on your retina requires you to be facedown 24/7. OK, that might be exaggerating. You have to be face down 23/7. Basically you can be walking around, face forward, for about five minutes an hour while you’re awake and that’s about it. So I spent a lot of time listening to audiobooks on Audible. And you know, I have to get my rant over with for this OPED, I’ll just say Audible is stupid because it doesn’t let you do any voice control at all in the app and that is just ridiculous.

Anyway…once you are no longer facedown there are still weeks of recovery to go, in which you have many restrictions. No reading. There’s no computers, no phones, no tablets…not fun. There’s no bending over at the waist. No lifting anything over five pounds. Basically anything that’s going to cause your blood pressure to increase (and put pressure on your healing eyeball) is not allowed. No exercise. Yes, I did almost go crazy. I listened to over 80 hours of audiobooks (on 1x speed, because…I was trying to waste time). And when I got tired of audiobooks I started watching a fair amount of TV (not really normal for me) because I could look at a TV screen if it was more than five feet away. I ended up using my Apple TV and the WWDC app to catch up on a lot of the WWDC videos. And as you might imagine I watched a lot of the videos around accessibility and voice control and a lot of videos about HomePods. After all this, I was pretty excited about the appearance of the HomePod mini and in fact I’ve ordered two for us here at home. They enable voice control of our smart devices from everywhere, without yelling at Siri on another floor. We now have most of our lights controlled by smart switches and a number of our electrical outlets.

The one thing I’ve come to notice, as we add more and more smart devices, is that there aren’t a lot of apps that do a really good job of helping us with voice control. I mean, the Home app is a good basic, no-frills kind of app, and shortcuts help…but there’s so much more that you can do to make your smart home…well, smarter. So that’s going to be my project this winter: playing with more HomePod, HomePod mini and voice control stuff on apps and seeing what I can come up with. If you are also interested in that kind of thing, hit reply and let me know. I’d love to have some collaborators.

It’s gonna be a LOOOONG winter.

Here’s an interesting article by Jason Swett and the advice holds true for RubyMotion. RSpec is the way to go. And did you know that we have a whole course called RubyMotion Testing in Depth, covering everything from unit testing to functional testing and then on to complete feature testing with Cucumber. Check it out today!

Although it’s long overdue and without a doubt the right thing to do, there is an important change to the App Store coming down the pipe that will impact all iOS developers: starting 2020-12-08 (less than a month from now) it will be required to “provide information about your app’s privacy practices, including the practices of third-party partners whose code you integrate into your app”. And they want this information up front before you app gets anywhere near the App Store’s customers. This has the potential to be a lot of work so there is no better time than right now to start preparing. You can get all the details direct from the Apple Developer site.

We were approached on the Dragon Riders Slack Team by red menace who first asked if we minded “hobby applications” as AHTW nominations? We had to laugh and thought “aren’t they all?” Seriously, though, the only stipulation is that the AHTW be written in RubyMotion but we have even been known to bend that rule as well. So the only real stipulation is that you want to share your app with the DRD audience. Check out his FileInfo app, which he describes as “a little more file information than the Finder. I’ve added to it over the years as I learn new things, so it handles stuff like editing/saving/printing text views, preferences, background tasks, dark mode, help book, etc.” Sounds great! You can download it directly from menace-enterprises.com. 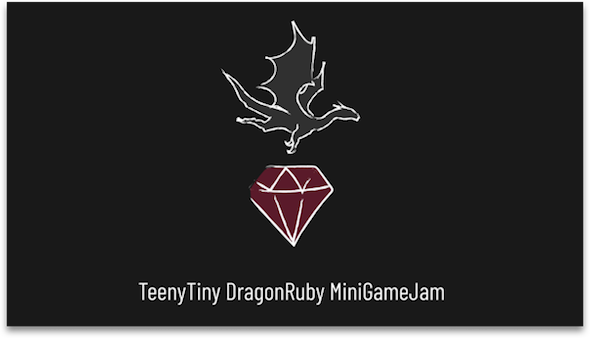 The TeenyTiny DragonRuby MiniGameJam is on until 2020-11-28 and the entries so far so far look pretty impressive. If you’re inspired by them – we certainly are – then maybe you want to give it a shot yourself? If that’s the case, then a great place to start would be Craggar’s collection of tutorials which specifically use a DragonRuby game as their case study. In ten ‘episodes’ Craggar methodically walks you through the whole project from kick-off to wrap-up.

And whatever you do, don’t forget that we also have a great DragonRuby Game Toolkit Tutorial. Even better…enrolment is currently FREE!

A while back the question came up as to what version of Xcode is required to support the latest version of iOS. The answer is 12. In case that sounds in any way optional, keep in mind the Apple App Store will soon not accept anything developed with earlier versions. We’re assuming that rustling sound we hear off in the distance is a zillion developers searching for resources on how to most easily accomplish the Xcode upgrade. Look no more: first, there is Xcode Releases (“more than you ever wanted to know™”!) which is a good place to start. Then xcpretty’s xcode-install which will “install and update your Xcodes automatically”. Also, there is Igor Kulman’s blog post entitled a Faster Way to Download and Install Xcode. That should help to move things along the continuum a little.

Also in the category of ‘long overdue but (probably) the right thing to do’ were changes to the way Android 10 requested permission for access to external storage. Developer Advocate for Google Yacine Rezgui recently wrote a thorough explanation with Modern User Storage on Android. Well worth your time.

Although the post is from a number of years ago, we recently came across Gavin Morrice’s very brief but effective Simple, Clean Persistence in Rubymotion with motion-persistable. Gavin found that when using BubbleWrap App::Persistence had its limitations – mostly that it wasn’t DRY. He then waxes enthusiastic about the motion-persistable gem which is a wrapper around BubbleWrap (?!) that adds attribute accessor macros. Sounds like you should give it a try.

If we weren’t already having nightmares about the potential for misuse of facial recognition software on our phones, our anxiety was bumped up a level when we recently learned about FaceID for the web at no less than GitHub. Who knew? Not us, at least up until now.

Now, about that COVID mask…on or off?

At this rate of exponential growth, how long before we have greater than a million errors that we have to fix? 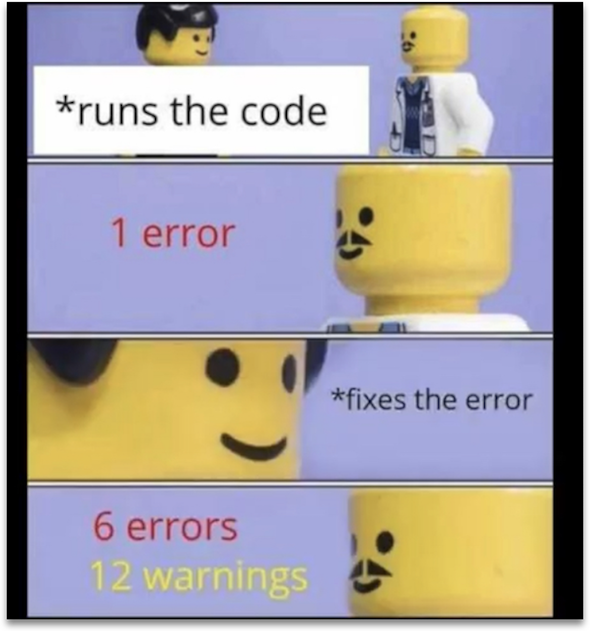 “In golf, driving is a game of free-swinging muscle control, while putting is something like performing eye surgery and using a bread knife for a scalpel.” – Tommy Bolt