DRD066: It's a retro extravaganza including the Road Runner, Wile E. Coyote and the Dewey Decimal System. 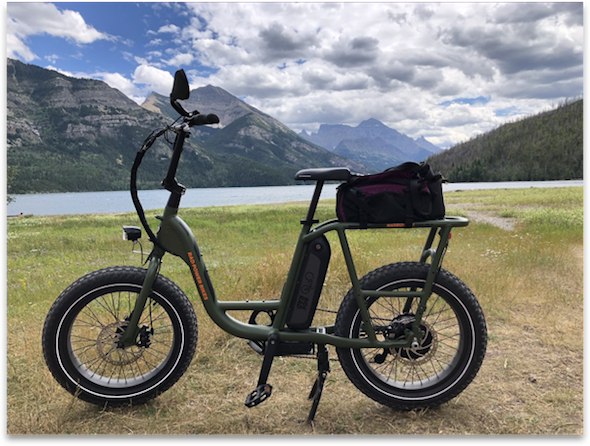 Wow. August! Summer is over half over already. I hope with all the weirdness that the COVID quarantine has caused that y’all have been trying to take some time off this summer. I certainly am―in fact, right now I’m camping in a location with no cell service and no Internet and our intrepid editor, Terry, is in charge of making sure that the newsletter gets out this week.

So one of the fun things for me this summer is all the camping we’ve been doing (and will be continuing to do). AND…I got a new ebike. It is so much fun to ride, that I’ve been getting up early before it gets hot so I can get my ride in! Before this ebike, I had a hybrid bicycle and I had an electric scooter. While I had a blast riding it, I always felt guilty when I was roaming around town on my electric scooter because I thought I should be getting some exercise riding my bike. Now I don’t have to feel guilty because my ebike takes the place of both the old bicycle and the old scooter. If I want to exercise I can, and if I want to cruise around on power, I can do that, too.

Which made me think the other day…about apps and app ideas. People say, “Oh, there are no new app ideas because there’s millions of apps in the store and all the app ideas are taken” and maybe that’s true BUT…you can take a couple of apps and mash them together into an entirely new concept…like my ebike. Think about it. ― WNDXLori

Our fearless captain WNDXLori is on vacation this week rippin’ around the mountains on her ebike, so she left it up to us in the engine room to find some “best of” content to fill the gaping void of her absence. We’ve collectively decided that her chat with Charles Max Wood from 2019 is a well worth a listen if you haven’t heard it before. Actually, it’s also worth a re-listen even if you have. You can find it on My Ruby Story. Amongst many topics she discusses the “six steps from idea to app store” which was the genesis of her 6 Pack Apps for Enterpreneurs course she is now rolling out.

We love it when when an app like Dewey Decimate comes along which not only is pretty darn good at whatever it does (in this case, a sort of clone of Bejeweled) but also comes with all the DragonRuby source code necessary to understand how the coder wove their particular magic. There’s even an invitation from author Jason Etheridge to contribute if, say, adding game controller support is something you would like to tackle.

Incidentally, we’re impressed that Jason used a play on words which references the beloved-by-librarians-everywhere Dewey Decimal System. Sadly, for the just-Google-it generation, this is going to seem like a crusty remnant of a bygone age. To say nothing of upending an entire generation’s understanding of decimal notation for a good decade.

Back in DRD060 we featured Osaka-based Kevin Fischer’s dragonruby-toolbox. We predicted back then it would likely continue to evolve over time. We’re happy to announce that prediction as correct ✅ as he has added some new features like the Low Resolution Canvas specifically for low res game jamming. Nice work, Kevin. 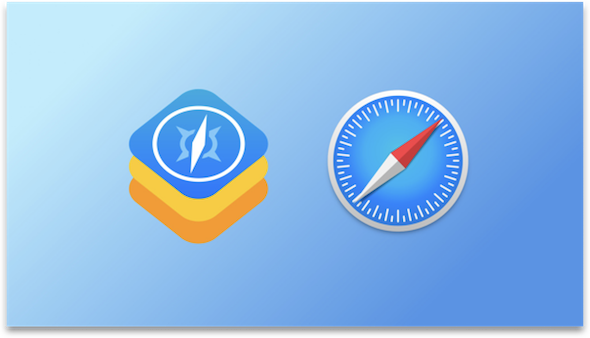 Wow, have we wanted this for a long, long time: incorporate an external website within our app without our users ever leaving its safe and cozy confines. You can do that with WKWebView. Or maybe you know that already? In any event, it’s what we learned this week and we’re glad we did.

The Dragon Riders’ Slack is an endless source of useful discussion often kicked-off with a clear articulation of the problem along with desired objective. A good example is this recent post by Don Wei revolving around the manipulation of sprites in his latest gaming effort. The answer to that came from our friend Amir Rajan with a link to his beautiful-go code examples. So now do you want to join the Dragon Riders Slack? You really should.

From the Styling Android blog comes some animated icons which look pretty nice. While we are not huge fans of XML used in this particular way, sometimes you ‘gotta do’ what you ‘gotta do’. The end result is worth it, we think.

The Red-Menace (yes, that’s the name they want to go by) has dropped RubyMotion Ronin which is simply described as a “few rogue macOS projects”. There is some interesting stuff in here: an “example using NSUserDefaults and a preferences window”, a “cleaned up and…enhanced ‘Hello World template” and an “example demonstrating the use of an Objective-C project for the user interface”. Sounds like it’s worth a look, for sure.

We are constantly surprised by the web apps which look and feel all the world like native apps installed and running on the hardware. We’re in awe of Google Sheets for example. How on earth did they do that with a browser?! In any event, continuing with that trend how ‘bout this: “the full Visual Code Studio experience without leaving GitHub”. Huh? Yep, that’s what Codespaces is promising. Now that’s an early access program you might want to get in on.

To be candid, it may not be the solution you want for your everyday code meanderings, but imagine for a moment you’re stuck on a beach somewhere (poor you) without your regular setup. This could be really useful.

In an issue where we featured an oblique reference to the Dewey Decimal System it makes sense to have a cartoon featuring The Road Runner and Wile E. Coyote. Those of you who have no idea who these beloved characters are, suffice to say in their day they were considered hysterical. Meep meep! (img: Programming Humor 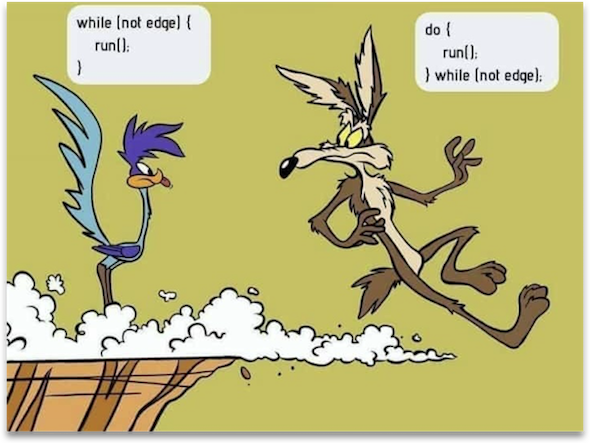 “Code is like humor. When you have to explain it, it’s bad.” – Cory House