DRD057: It may be April Fools' Day but, no kidding, this issue is no joke. It is multilingual, however.

I’ve been working pretty much non-stop on my school for close to 2 years now and one thing has become abundantly clear. There’s just not enough people in the DragonRuby, RubyMotion community. Although the DragonRuby Game Toolkit folks have definitely improved those numbers, we still just don’t have a large enough community to sustain a school like mine, but you know, that’s not really the part that worries me. I’m all in on Matz’s call to action to encourage people to join the Ruby community and I’m working hard on that.

I’m working on that by making it easier to get started with programming in general (with Ruby of course), and getting off the ground fast with RubyMotion and DragonRuby Game Toolkit. But developers want more than just getting started before they commit. They want to know that they can make a living using this technology. Now that’s the part that worries me, and I’ve been working on over the last year. I’ve had a business coach that I’ve been working with, to really help my school business succeed and I’ve had exposure to a lot of really successful entrepreneurs and discovered some interesting things about them… and their needs… and their wants… And a lot of them really want an app, but they’re afraid. They’re afraid of the cost, they’re afraid of the stress. They’ve heard all these war stories about other entrepreneurs who’ve had apps built, and they don’t want that to happen to them. You know what they really don’t care about? Which technology someone uses to build their apps. Makes you think, eh?

So I’ve re-imagined my 6 Pack Apps course for Entrepreneurs and I’m teaching them exactly what I’ve been teaching all of my clients for years: what they need to know about the software development, what parts of the project they need to own, what processes need to be followed to guarantee a successful launch. I expect to have quite a few entrepreneurs coming out of that class looking for developers now that they know how to get an app launched, and I expect most of them to be ideal clients, because that’s what I’m teaching them to be. And I’ll be looking to hook them up with DragonRuby/RubyMotion developers who are familiar with the 6 Pack Apps process. You’ll be hearing from me more often in the next month or so as I launched these dual programs. I hope you’ll come along for the ride.

Click here to get added to the 6 Pack Apps Waitlist.

Now for a few additional words direct from WNDXLori: “Ok, last time, the newsletter editor decreed we not talk about it, but today, I have to.

For the duration of what I’m calling the #StayAtHome / #SaveLives event, I’ll be providing 100% free discounts for RubyMotion Jumpstart and Motion In Motion content, for people who have lost their jobs or major clients due to the COVID-19 crisis.

The school is my livelihood, but I still want to support the community during this time. If you or someone you know has this need, hit reply and I’ll get you set up.

I will, however, be taking donations/gifts. If you want to help out a friend of yours, you can use PayPal.me/wndxlori and follow up with the email of whoever you are sponsoring. I’ll get them set up right away.”

We’ve seen this at least a few times before: an obvious hole in a product offering gets patched up in the aftermarket and the patcher makes a bundle. Anybody out there remember the QEMM memory expander for DOS?

‘Makes a bundle’, that is, until the original product patches up the hole themselves such as is the case recently with Android emulation. To date, we’ve been thankful to have Genymotion’s emulator instead of that dog-with-fleas native emulator. Until Project Marble brought the Android Emulator up to speed with―and arguably beyond―the Genymotion equivalent. David Schreiber-Ranner and Reinhard Hafenscher of PSPDFKit elaborate in their recent, extensive article Our Journey from Genymotion to the Android Emulator. After reading the article you too might make the switch.

While on the subject of things missing from a product offering, how about an end-to-end build/deploy service for Android, for example? Speak of the devil, here’s one: Android Continuous Integration and Delivery from Bitrise. Well, bless their heart. However, there is just one little deficiency: no RubyMotion support. Is that a hole which somebody wants to patch up in the aftermarket and make a bundle? What’s that smell? Opportunity, perhaps?

It doesn’t take a genius (and that’s certainly not us, anyway) to figure out the delivery of services to the point of consumption is going to be a huge opportunity for the foreseeable future. And what does every great delivery app need? A timeline view so the customer can see what the heck’s going on in real time. Wish granted: Timeline-View from Vipul Asri. Apps can be gorgeous. It’s brilliant, Vipul, thanks so much for this. 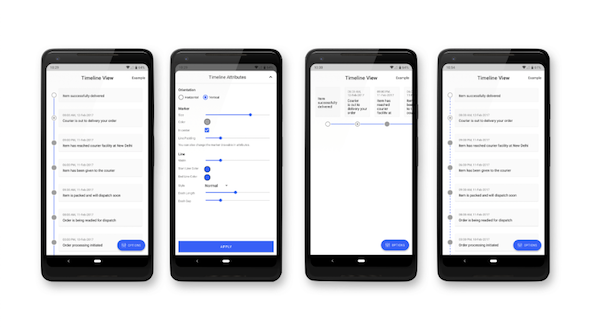 Speaking of continuous integration (scroll back a bit) what about Github Actions? Has anyone set up a Github Action for building a RubyMotion project? If not, another wish granted (sort of): Andreas Lüdemann provides all the inspiration you will need with his article Continuous Integration Using Github Actions for iOS Projects.

Oh, right, given that we’re running long already we were going to leave this until next time, but it might be a time-limited opportunity. Here’s an offer to promote your app on Clay Russel’s Dev Seg on The TEKSide Network. Any publicity is good publicity but free publicity is the best kind.

Sorry, folks, but this is neither a RubyMotion app or even a mobile app, for that matter. But sometimes something comes along which is so good you bend the rules to squeeze it in somewhere. Core Data Lab definitely fits that category particularly if you use Core Data in your app.

On a completely unrelated subject, have you ever contemplated giving Raspberry Pi programming a go? No? Too complicated? Don’t know where to start, exactly? How about if you could do that with the DRGTK? You can and this video proves it! Now you can put ‘Embedded Systems Development’ on your resume and technically not be lying. 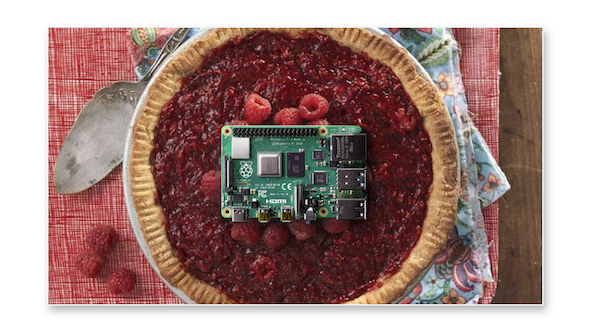 Back in DRD055/DRSH we provided a heads-up on the looming deadline for getting your app on the iOS 13 SDK. Procrastinators out there will say “see, we told you so” and in this particular case, they would be right. The deadline has been extended to June 30, 2020. We wouldn’t count on yet another extension so you still want to get working on it. Just not in a panic as would have previously been the case. It’s a fair guess to say you have the time, now, in more ways than one.

Don’t think you’ll be staying at the Best Western Kelly Inn in Minot, North Dakota any time soon? In fact, can’t remember staying there in the first place? So why did you just receive their COVID-19 email? Maybe it’s an indication it’s high time to gave your Contacts the old prune-a-roo. Macworld has a dandy, succinct article on just how to do that.

‘Til next time, Minot! 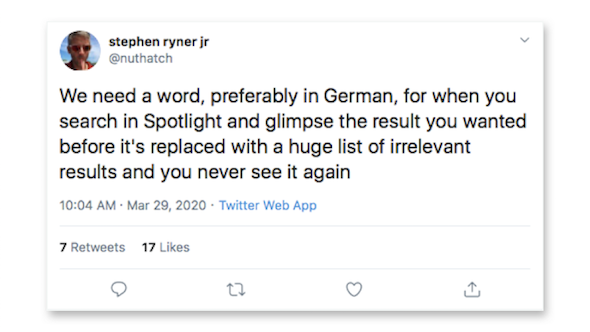 Don’t want to miss the next edition of The world’s best DragonRuby newsletter? Then you had better subscribe and every other week DRD will come to you absolutely free! We’re also on Twitter and Instagram and we really hope you’ll follow us there for content you can’t get anywhere else.