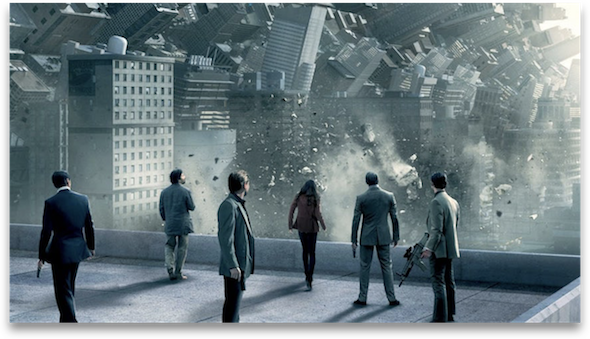 The More You Know

I’m currently coaching an entrepreneur through my 6 Pack Apps program, where I lay out the steps of creating an app, from idea through launch. In the first step, I point out that apps need to start with audiences, not ideas. And, not too surprisingly, we discovered that my client did not, indeed, know who her audience was.

These are the kinds of mistakes that practically guarantee an app will be a failure. By fixing them up front before proceeding through the rest of the steps, we will save ourselves a LOT of time, aggravation, and money.

If you are a developer, creating apps for people…do you know who the audience is intended to be before spending days and weeks developing an app for a client?

If you are an entrepreneur, paying a developer to create an app for you…did you nail down the audience before spending a bunch of money on a developer?

The short answer to the question “how much do you need to know about your audience?” That’s simple: more. — WNDXLori

This month’s Motion in Motion episode will drop later this week. We’ll be covering a topic that’s been languishing in my ‘Fun Stuff’ pile for months—how to jazz up your apps by learning some of the ‘under the covers’ parts of drawing on the screen to create custom UI features.

From the DragonRuby Discord this time ‘round, we learned that one of the few beneficial consequences of COVID is that some pretty ‘boutique’ user group presentations wind up on Zoom (or equivalent) where video capture is built in. In that case, why not make it available to the world as opposed to those within driving distance of North Dallas. Why not indeed, and hence we have Amir’s presentation to the North Dallas Developers’ Group.

It’s a real treat: Amir goes back to 2010 to recollect all the tools and techniques he has used over the course of the tumultuous decade since then. Such an exercise often triggers personal memories: yep, we remember there was a time when Silverlight was going to rule the world. But, as it turns out, Silverlight as of October 12, 2021 “isn’t a thing anymore” as Amir says. What a shock. The lesson in that, of course, is whenever you’re pitched a concept which claims to be the “last, best idea you’ll ever need” you probably want to take that with a grain of salt. Actually, the whole dang shaker would be an even better idea. All of this stuff is in constant evolution.

Our only remaining question? Are there also South, East and West Dallas Developers’ Groups as well?

And from the RubyMotion Slack Team, an interesting thread on RuboCop (sic) the Ruby static code analyzer, which is well worth a read.

Hey, this must be the all 2010 issue because this next item made us think of all the circular metalogic from the 2010 movie Inception starring that aging l’enfant terrible Leonardo DiCaprio.

The reason? A recent conversation on the DragonRuby Discord made us think if a text editor had played any role in that movie (it didn’t) that editor most certainly would have been SelfEditor. Get this: it’s an editor written in 100% DragonRuby which can only edit it’s own source code. That’s it. That’s all it does. Enhance it and make it a better editor, sure, but keep in mind if you screw up “you will brick SelfEditor”.

“So what happens, for example, when you delete the lines of code that delete text? Does the text actually get deleted?” she asks Cobb, looking puzzled. The self-references are head-spinning, to put it mildly.

In a tweet from David Smith we learned of Ian’s Awesome Counter which provides configurable prompts for the many of us who struggle with maintaining focus and attention on a given task. It will periodically alert you to ask “are you still on track?” A beautiful, simple idea.

No, this is not a RubyMotion app, but it is an example of an app any of us could have created. We also really like the backstory behind it and we also think it’s a great example of a ‘tiny’ app (like, really tiny) which can still be really effective and truly fit for purpose.

It reinforces that old adage that less truly is more: only the features you need, and nothing you don’t. It’s also a great example of what can be accomplished while you’re on vacation and drop your mechanical timer off a bridge in Bavaria.

Ever wonder how you could get your latest and greatest RubyMotion app running on the macOS menubar alongside all those other ‘grown up’ apps? And you want it to launch automatically at login? And you also don’t want it to display a dock icon? If that sounds like a pretty tall order, then you need to read Dockless Rubymotion Menubar App with Start at Login by Jonas Bruun Nielsen on Coderwall. He tells you how to do all that.

We’ve suspected for a while that all the tricks we use to redact text from a PDF really didn’t do the job properly. In other words, that it may look redacted but is it really redacted? Could someone who only has a slightly better knowledge of PDF structure than us find a way around that black box? In a tweet from Todd Vaziri we learned that the Preview bundled with macOS Big Sur has a true redaction tool. Absolutely didn’t know that.

Do you make money from your apps? Amir answers that eternal burning question in a recent tweet. 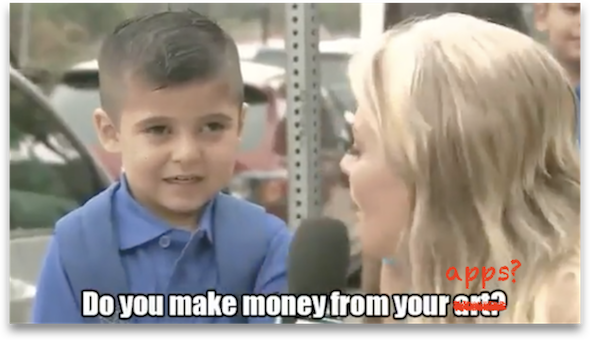 “You’re waiting for a train. A train that’ll take you far away. You know where you hope this train will take you. But you can’t know for sure. Yet it doesn’t matter. Now, tell me why?” — the character Dom Cobb in Christopher Nolan’s 2010 movie Inception.