DRD069: Why on earth does Tim Horton's need to know where I am ALL THE TIME? 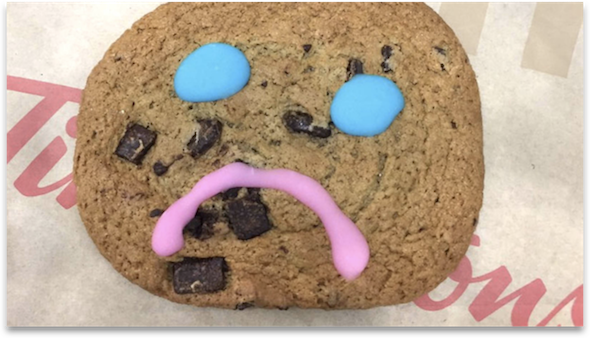 I would seriously love to get through a couple of weeks without having to rant about apps misbehaving but I can’t because we get these stories coming at us constantly. Maybe I should just give up and add an “Apps Misbehaving” section?!?!

Those of you who are not Canadian may not know what Tim Hortons is. It’s our big donut franchise and it serves reasonably good donuts and actually pretty crappy coffee, but lots of people seem to love the coffee after they throw in extra cream and extra sugar, thus the ubiquitous “double double”.

Anyway…Tim Horton’s has an app and it is actually logging all the detailed location data of its customers and most people don’t realize this. And it’s tracking you ALL THE TIME.

I’m not sure how we fix these issues completely. The fact is the law cannot move quickly enough to adapt to all the new and improved ways companies are coming up with to abuse our private data.

Perhaps we need to pay more attention to this as app users, and punt them off our phones. Or perhaps we need more app developers to take courses in ethics and what privacy actually means. ― WNDXLori (on Twitter)

Some of you might know that I volunteer with Canada Learning Code, teaching novices how to code. I’ve learned that there are a lot of different ways to teach coding, depending on the audience. Kids, for example. I think that the new DRGTK tutorial, with it’s web console and immediate feedback are amazing for this. But there are other tools out there to help teach kids to code, too. If you are home schooling, or know someone who is, you might want to introduce them to Ruby Kin, and the amazing Repl.it for Ruby. ― WNDXLori (also on Instagram)

We should probably not be saying this in a section dedicated to devotees of the Android ecosystem but it just might be you’re developing apps for Android devices but don’t actually own one. That would be crazy, wouldn’t it? Well in the very unlikely event you count yourself amongst those having ‘gone rogue’ along these lines, help comes in the form of the Android Emulator. Accordingly to author Filipe Batista, it has improved a lot recently. Good thing because it has been pretty awful not that long ago. In particular Felipe walks us through the simulator’s handling of the SIM card. Mastering Android Emulator SIM Cards is a quick-to-read and effective piece.

We’ve said it before but we’re always a little in awe of the creativity and fertile imagination of DragonRuby developers. What caught our attention on the Discord channel recently was a new repo simply called Ebb. The gif demo above is probably all you need to know about what it delivers. This kind is of innovative thinking is what makes Ebb our Gem-of-the-Week.

It’s one indication of how mainstream tech has become when the latest gaff by the Apple App Store makes it all the way to CNN. Also, a couple of issues back, we led with Lori’s oped on the bun fight between Hey and the App Store. Suffice to say Apple is under a lot of pressure to reform some of its practices. That’s the good news. The bad news is that Apple is likely large enough to wait out practically any storm which comes it’s way.

All that editorial comment aside, it’s newsworthy that The Big A is making an effort “to [provide] a great experience for everyone”. Presumably ‘everyone’ includes developers because the announcement headline is “bug fixes will no longer be delayed over guideline violations except for those related to legal issues”. And they genuinely (?) want to hear from you if have other suggestions as to how things could be improved along the same lines.

We have nothing this week. Please take this as one big, not-so-subtle hint that if you care to nominate your own application for AHTW, there is a very good chance you’ll make the cut. The countless multitudes who wait breathlessly for each issue of DRD will undoubtedly thank you. And then beat a path to your door.

You have to think that in just about any other context that advertising a new ‘dungeon generator’ is likely to warrant much more than a sideways glance. More likely a call to the local authorities to report some pretty damn questionable behaviour. But this is game development, after all, and what game developers want and need is a better dungeon generator, of course. We have two for you: a return visit by Sojastar who is on the case with LDungeon. And then there’s DragonRubyDungeonGenerator from Sujay Vadlakonda. May the only dungeon you inhabit be the one you create yourself.

Ever get the feeling that ‘independent product reviews’ aren’t all that independent? If so, where do you turn for reliable and objective information to identify and evaluate new dev tools? For us, it’s the conversations between experts we so often find on the Dragon Riders Slack. For instance, check out this thread on the use of Sentry for crash report analysis on macOS.

All axe and no grinding.

What’s good enough to earn it’s place amongst the rarified company in our Tools bookmark folder? This week it’s Dimensions.com. For two reasons: what a stupefyingly good idea it is and for using a name that most accurately and unambiguously identifies the content of the site. Yep, it’s the size (ie. dimensions) of just about everything you can imagine. We haven’t been this excited about something new since we reported on what3words a while back. Thanks to Jake Blakeley’s tweet that brought this to our attention.

OK It’s BINGO Time. Our answer? All, at one time or another. (image: @tecHindustan via Devhumor) 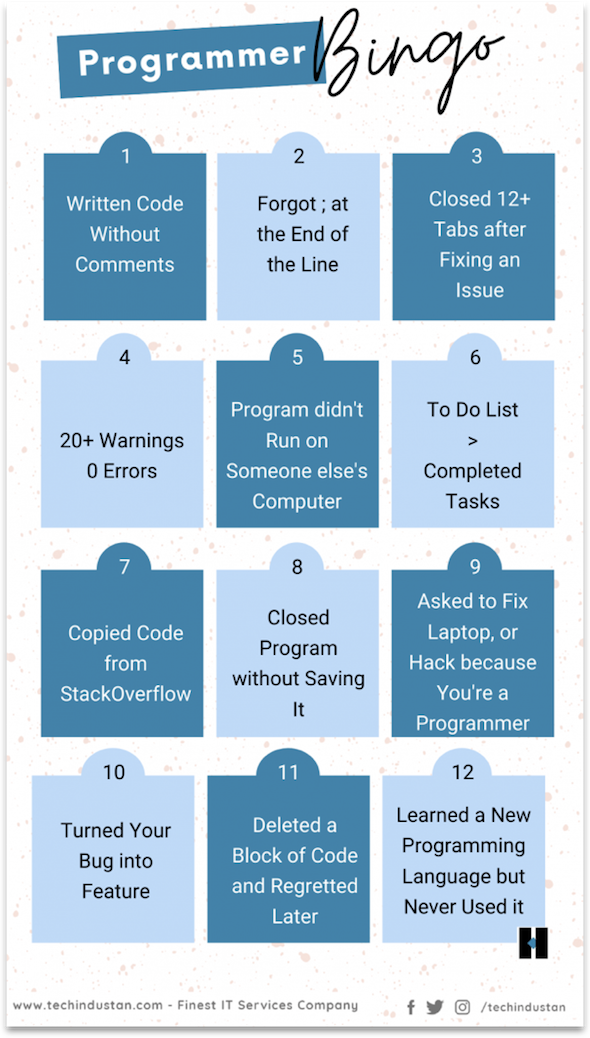 “I think the Smart Car is awesome. The only problem is I’ve been on the freeway and felt like I was going to be blown away like a Tim Hortons coffee cup.” – Ellen Page