DRD061: In this issue, we clear out the Ongoing-PITA file. 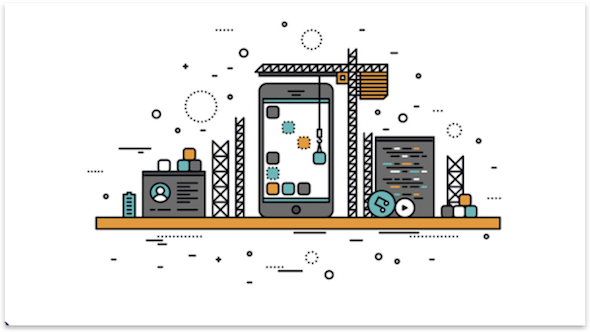 After I launched the WNDX School, I spent a lot of time talking to entrepreneurs and business owners and picking their brains. And having my brains picked in return. One of the most interesting things I learned about these business people is that they really have no idea what it takes to get an app in the App Store and secondly they have no idea how to find the right developer for their app.

My 6 Pack Apps for Entrepreneurs program is intended to teach these business people how to successfully create and launch an app. It’s a process with well-defined steps that are probably familiar to a lot of you. If you follow those steps you pretty much have a decent app in the App Store coming out the other end. It’s not rocket science.

As for helping these people find a developer…well, I want to solve that problem too.

I’m using this course as a form of certification. If you, the developer, successfully complete the course and have an app in the App Store at the end then I can be reasonably confident in referring some of these business people to you. And you and they will be on the same page, with the same understanding of the process.

So there you have it. My grand evil plan to connect people who want to develop apps with people who need those apps developed. Stay tuned for the relaunch of 6 Pack Apps for Developers, coming soon. ― WNDXLori

And if you happen to be one of those who would like to attend 6 Pack Apps for Developers, here’s the wait list, which will get the ball rolling. It will connect you to all the news about the upcoming session. We look forward to seeing you all there.

Speaking of seeing you all there…

I’ve created a group on Facebook, the Cruise to App Success, where I’ll be posting a lot more videos going forward about creating successful apps for your business. Tomorrow, we’ll be doing some myth-busting, which is always a fun topic and relevant whether you are an entrepreneur or a developer!

We have an admission to make: we have been baffled by the notion of frame rates for a long time. Not the general idea―it’s the rate at which the frames change, of course―but sometimes the specifics are counter-intuitive. Which one to use, more-good-fewer-bad (or is it the other way ‘round?), how it relates the rest of the code and all that other stuff. If that, in any way, describes you then Paige Sun has just what you need: one diagram with pretty much everything you need to know. 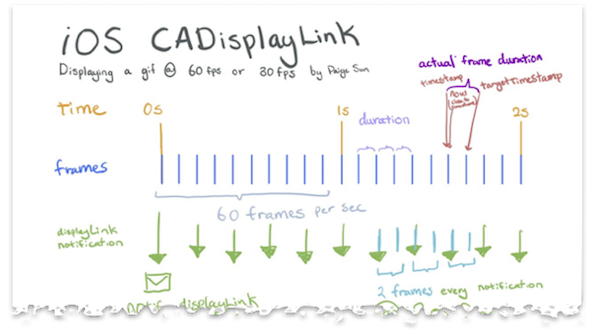 We just came across the highest-value-per-word comment in the Dragon Riders Slack we think we’ve ever seen. Amir Rajan simply said “app idea” (two words) and provided a link to a recent post by Canadian indie game developer Nicky Case on the science of “how to remember anything forever-ish”.

Using an interactive graphic novel format, Nicky not only goes through the theory but gamifies your learning of what she’s telling you using the very principles she’s describing in her post. Whoa, that’s super meta. But it’s also kind of brilliant, we think, and worth a look for her presentation alone.

But back to Amir’s original point: this is an excellent app idea which we think you should jump on. Now. Like, right now. Before somebody else does. 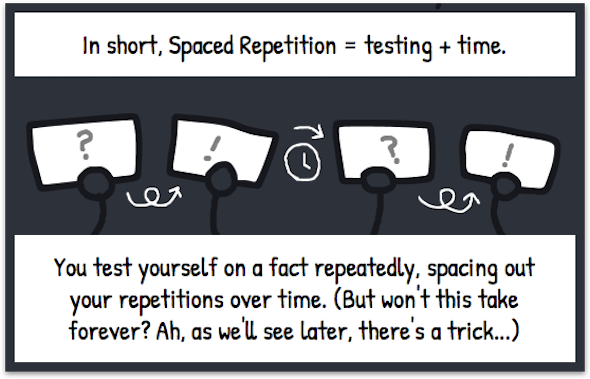 One of the companies we like to follow is Candyspace Media of London, England. Recently their Jake Lee wrote a great article 5 Essential Android Development Techniques. Absolutely, positively do not let the listicle-ish sounding name put you off. Jack is one of their Senior Android Developers and knows the territory about which he writes. The succinct descriptions he provides back up each assertion with hard facts. Great stuff and a quick read.

Filed in the category of Ongoing-PITA is keeping track of geographical regions. We’ve wished for a long time that the whole issue could simply be gemified and we can then formally forget about it. Wish granted: carmen which is exactly that for which we asked.

We have a COMM three-fer this issue:

Item One: Speaking of needing to improve our memory (scroll up), we somehow managed to lose track of the fact it’s Accessibility Awareness Month. But as the face-saving cliche goes, better late than never. Steven Aquino tweeted out a great iMore link to a description of the “slew of updates and newish stuff”.

Item Two: Also in the category of Ongoing-PITA is “getting the iOS device token for push notifications in RubyMotion”. This fairly recent thread on Stack Overflow provides some useful information.

Item Three: Just one last thing (for now) from the Ongoing-PITA file is managing iOS subscription information. For years it was seemingly impossible to access. It was there, somewhere, but who could ever remember where? Curtis Herbert provides the only thing we’ll ever have to remember related to iOS subscriptions. He adds (and we agree) “you have a moral obligation to have a ‘manage sub’ button in your app”. Amen to that.

With a community like this, sometimes the DRD almost writes itself. Almost, but not quite, thankfully.

You are dating yourself (a lot) if you remember the original Myst. Yep, the one published by Brøderbund decades ago. If you do (and even if you don’t) you will be thrilled to know the Myst franchise lives on―the Masterpiece Edition―on the Nintendo Switch. Life is truly worth living again.

Ever wondered if could take Square payments in your app? You can (in fact, you always could) but here’s the gotcha: “you can take payments for physical goods.” Didn’t know that. If that still works for you, then fill your boots.

Did you know the world’s best DragonRuby newsletter can be delivered to you? And even though things seem to be easing up COVID-wise, DRD is still delivered curbside and contact free. At least it will be if you subscribe! We’re also on Twitter and Instagram and we really hope you’ll follow us there for content you can’t get anywhere else.

“If you have pain in your ass, it doesn’t mean you have done something wrong, but it’s probably because you’re wearing your little brother’s underwear.” ― Waheed Ibne Musa from from Johnny Fracture